Organizations that I Volunteer at: 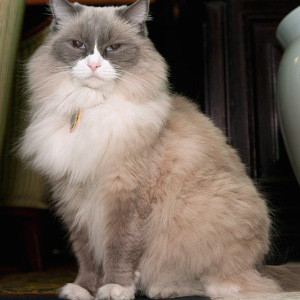 Each year, Matilda is given a birthday party, as befits a New York celebrity. These birthday parties are fundraisers for local animal charities and raise money from monetary donations and auctioned items. My activities have included helping with the set-up of the reception hosted by Matilda the Algonquin Cat held at the Algonquin Hotel, pitching in at the reception information table and speaking with reporters about the event, pitching for media coverage, marketing the event on Facebook, Twitter, Instagram and my Blog, culturebuzzd.com. I also distributed prizes to raffle winners. 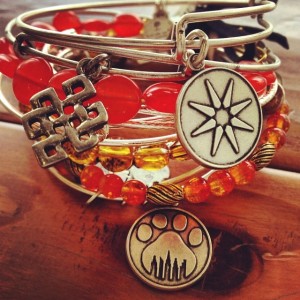 The Mayor’s Alliance for NYC’s Animals, a 501(c)(3) non-profit charity, is the sole umbrella organization for animal welfare in NYC. Since 2003, they have been working with their coalition of 150+ rescue groups and shelters to find homes for thousands of New York City’s dogs and cats. Their goal is to transform New York City into a no-kill community by 2015, where no dogs or cats of reasonable health or temperament are killed simply because they do not have homes. While they work collaboratively with the City of New York, they are a 501(c)(3) charity and do not receive any government funding, nor are they a city agency. 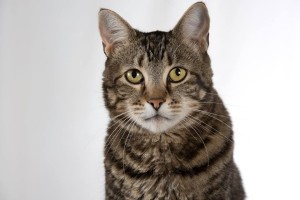 In addition, I got to meet Tara, the Hero Cat. For those who don’t know Tara’s story, here’s an exerpt from the bio on her website:

On May 13 2014 just like so many times before, Tara joined Erica out front to greet Jeremy as he came home from school while the twins napped. She joined them in their attempt to fly a kite then went to go relax in the garden while Jeremy rode his bother’s balance bike and Erica watered the plants. The neighbors next door had opened their gate while they backed out their car. While doing this, their dog was let out of their backyard. No one expected what happened next. The one year old Labrador/ Chow mix came around the family car in the driveway and sunk his teeth into Jeremy’s leg violently shaking and dragging the boy from his bike. Before Erica could even react from a few yards away, Tara sprung into action knocking the dog off Jeremy and chasing it away. Tara promptly returned to Jeremy while Erica chased the dog away for the second time and alerted the owners.

Tara returned to normal life that evening not even acknowledging her own extraordinary actions. After downloading the family’s security camera footage hours after the attack, everyone was finally able to see what an amazing act of heroism Tara had displayed. The following morning, Roger uploaded the video to YouTube to share with disbelieving family and friends. But what he didn’t know was that in a matter of hours the rest of the world would see as well. You rock, Tara!

In 2013, the fundraiser benefited bideawee, the leading pet welfare organization serving metropolitan New York and Long Island. Through a vast array of services Bideawee cultivates and supports the life-long relationships between pets and the people who love them. 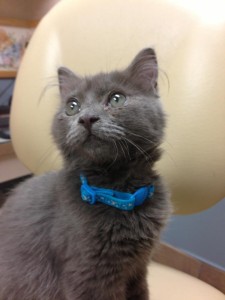 Teddy at his first vet visit at Plainfield Animal Hospital.

What I didn’t realize was how much my life would change that night. When I arrived at the hotel for the event, The bideawee truck was there with some kittens for adoption. For some reason, I was really drawn to a little grey kitten named “Kelly.” He was so handsome and such a little charmer. I’m not the type of person that believes in love at first sight, but with him, it was. I immediately texted my husband to tell him that I just met the most awesome kitten. I could almost hear my husband saying “Oh no. She’s bringing home another cat.” At first, they weren’t going to let me adopt him on the spot because they wanted me to drive to Long Island with my family and meet everyone before they would even consider us. As luck would have it, I met the chairperson of the organization that night. She said that as long as my paperwork was done and my referrals came back positive (they did), I could bring him home that night after the party. 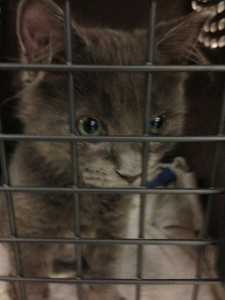 4 month old Teddy in his travel crate waiting at NY Penn Station for our train home.

I borrowed Matilda’s carrier, and lugged this little bundle, along with my other party bundles from midtown 44th Street to Penn Station. That’s when I called my husband to tell him the news. I told him not to tell our son – let’s surprise him. and what a surprise it was! My son was overjoyed and fell in love with him immediately. He changed his name to “Teddy” since he looked like a little Teddy Bear. They are best buds. Teddy sleeps with him every night and has assimilated into the family of other human and feline critters in our household.

Angel PAWS is a 501(c)(3), non-profit, all volunteer organization dedicated to relieving the suffering of and finding permanent homes for stray, abandoned and homeless animals. They were founded in July, 1999, by two dedicated rescuers who, combined, have over 40 years of rescue experience both on their own and in other rescue organizations. The founding members felt there was a need to bring a new, progressive style of animal care to the community. In addition, they are NJ State Certified Animal Control. Angel PAWS has a Pet Adoption Center located on Inman Avenue in Colonia. It is a perfect little animal haven for their cats and an information center for adoptions and pet care for visitors. Their dogs live in foster homes where their temperaments, habits and training are evaluated. They also keep our Moms and kittens (and those cats that prefer a private kingdom) in foster homes. 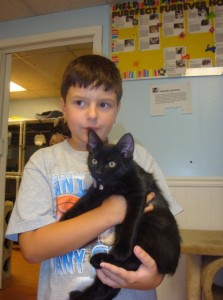 Jake and Felix at 5 months old the night we brought him home to Daddy.

After our cat Oscar died of cancer, I was on the lookout for another cat for my husband. While attending a cat show in the summer of 2009, we met “Leno,” a cat from a litter of 9 kittens dubbed the “talk show” cats because they were all given names of talk show hosts. We know immediately that my husband would bond with him. He eventually became my husband’s “best boy” and Felix follows him everywhere!  We adopted him at 5 months old in August 2009. Look how big he was then – he’s huge now! We like to joke that he’s the Geico Rescue Panther. He looks exactly like his mother Miss Ellie. Last I heard, she wasa permanent resident of Angel Paws.

That year, I wanted to inspire my son to give back to others during the holiday season.So we selected Angel Paws as the recipient of our charitable work. We set up a food drive at his school as well as The Barron Arts Center during their Holiday Train Show that runs throughout December every year.

I was amazed that they did not get any media exposure, so I also served as a public relations volunteer during the Holiday 2009 season. I pitched reporters to provide editorial coverage for the organization and received many media placements.

Here is one of the article that printed about him: http://njtoday.net/2009/12/04/student-organizes-holiday-collection-for-angel-paws-at-barron-arts-center/

We even got a full page front of section coverage in our area newspaper! The online version is now a paid archive: http://archive.mycentraljersey.com/article/20100122/LIFE/1220301/The-cat-s-meow, but you can see a JPEG image if it here: http://www.centralnjpetsitting.com/images/THNT012210.jpg

Another highlight of my publicity efforts included a $1500 donation by Bob’s Furniture Stores via their “Random Acts of Kindness” Charitable Foundation.

In addition, it was the beginning of my beautiful relationship with Matilda. My social media relationship cultivation efforts inspired the famous Matilda to select Angel Paws as their 2009 charitable recipient of the Holiday gifts she receives from fans around the world. She also donated her chaise lounge from the hotel lobby! 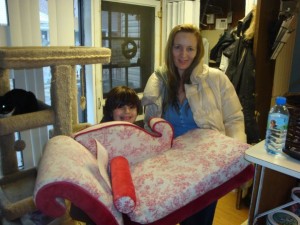 That sucker was heavy! 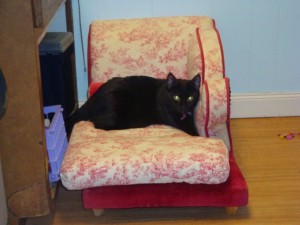 Someone got to enjoy Matilda’s chaise lounge 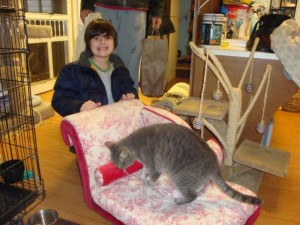 Jake presenting the cats with their new gifts

TLC Safety By Design, the retail division of TLC pet Care Company, is the creator of innovative, smart & safety products for people & their pets, featuring the best-selling "Home Alone" plastic Emergency ICE ID cards with key tags - a must have safety product in your wallet and on your key ring! We are on a mission to help keep you and your loved ones (the 2 and 4-legged variety) safe and sound.